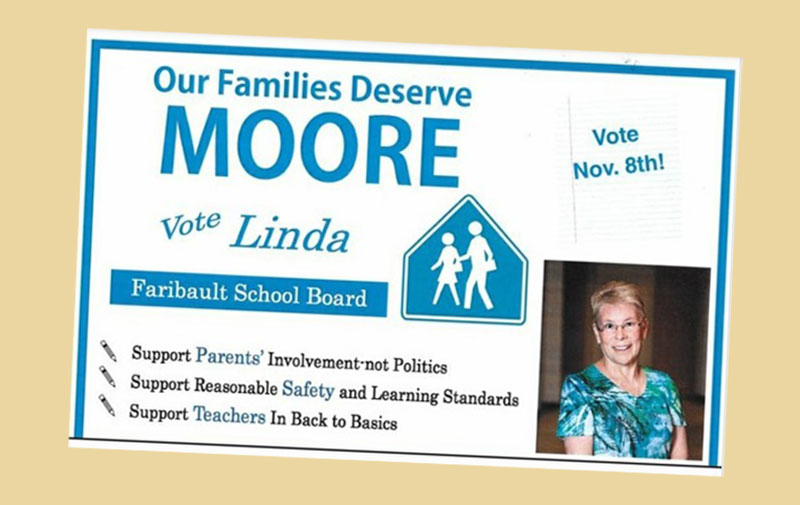 Linda Moore replaced an incumbent on Nov. 8 after going to school board meetings and boldly challenging their radical agendas.

Minnesota may be a “blue state” politically, but when it comes to local schools, lots of parents have had enough of unhinged leftism. So in Faribault, Minn., a MassResistance leader was elected to the school board on Nov. 8!

Faribault is an hour drive southwest of Minneapolis. But radical ideologies have found their way there, and the school board has sat back and allowed them in the schools.

A key to Linda Moore's victory was being bold and upfront in confronting the hot-button issues – sexual content in the school library and Critical Race Theory propaganda. Unfortunately, too many conservative candidates choose to “play it safe” and take a softer stance leading up to an election, so usually end up losing.

Critical Race Theory and the sexualization of children were among the issues that parents were angry about, but feeling helpless to stop.

Linda and her team of about 16 people attended one board meeting after another in Faribault to demand the removal of these programs, and the toxic materials that were brought in with them. But the board members and school officials refused to change anything.

Towards the end of 2021, while searching the Faribault School District’s online book catalogue, Linda found a number of books subtly pushing the LGBT agenda on pre-school kids (And Tango Makes Three and It’s OK to Be Different).  But she also found It’s Perfectly Normal, which is one of the most egregious examples of sexually explicit content aimed at young children. This was very upsetting.

The team later found out that It’s Perfectly Normal was in the Roosevelt Elementary School library. 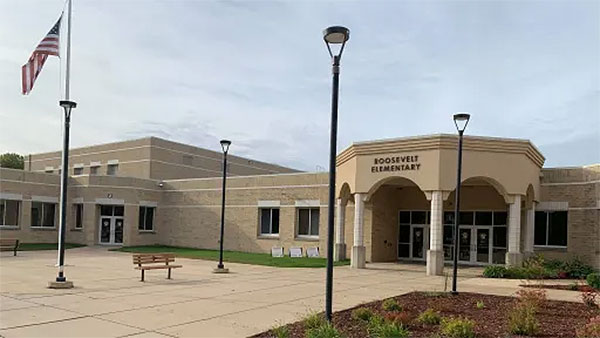 Linda printed out key pages from the book, and at the April 2022 school board meeting handed them to the Superintendent and all school board members as she gave a shocking presentation about it. It definitely got their attention. After the meeting, one of the board members came up to Linda and stated that the book was indeed inappropriate and needed to be removed. He seemed a bit alarmed. 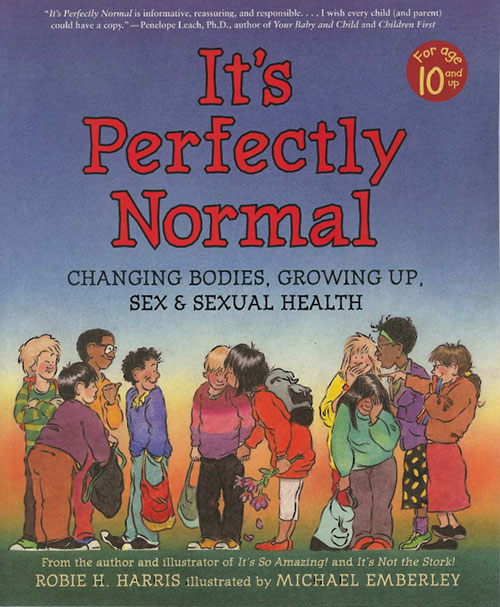 This sexually explicit book was in the elementary school library - until Linda and her team forced its removal. See sample pages from it here. (Caution: graphic content.)

At the next school board meeting, the Superintendent announced that book was no longer there! He added that the book had been purchased 20 years ago, but had never been checked out. Linda asked the Superintendent the obvious question: "Maybe the book was never checked out, but how many kids looked at it while it was on display in the library?" (She didn’t get an answer.)

Running for School Committee – and winning a seat!

Linda decided that the best way for her to make changes was to get on the school board!

Linda Moore is not only a fearless activist, but she has a sterling background for that position. She is a native of the Faribault area and a graduate of the Faribault schools. She has degrees in Psychology and Sociology, and has a doctorate in Educational Leadership. And she’s an unabashed Christian. 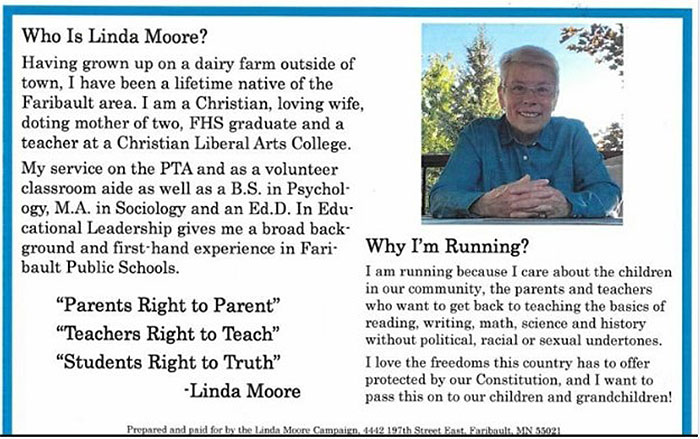 From Linda's campaign handout. Getting back to the basics "without political, racial, or sexual undertones."

In the Nov. 8 school board election, four of the seven seats were up for election. Nine candidates were running, including all four incumbents and five challengers.

Linda was supported by other pro-family groups as well as the local Republican Party. Working together, Linda and her team knocked on about 2,000 doors and got her message out.

People in Faribault had already heard of Linda’s great work on their behalf. Now while campaigning, Linda got to talk with hundreds of community members face-to-face. The word spread!

In an election year that was very disappointing for Minnesota conservatives, pro-family forces prevailed in Faribault. Linda will be working with parents to help children while serving on the school board. 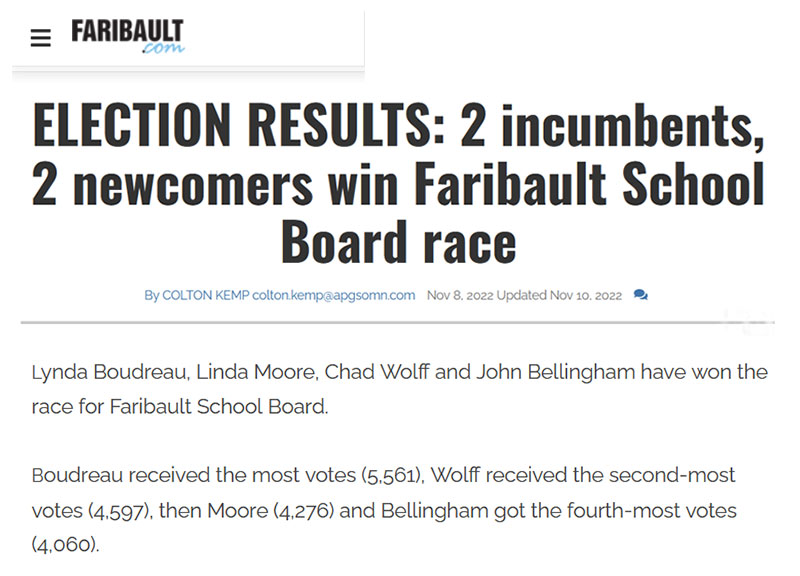 The local newspaper's report on the school board results - two of the four incumbents who were running for re-election got defeated..

This is an exciting victory! Normally, when conservatives win school board races, they don’t have the leadership skills and personal fortitude to make any meaningful changes – especially if they’re still in the minority.

But Linda Moore is different. She has already proven to be fearless, smart, and willing to persevere. And she’s not daunted at all by the professional educrats. We are sure great changes will come now in Faribault, Minnesota!