A sampling of our reports and commentary.
Massachusetts led the way…

Trans Females in Men’s Spaces
The other side of the Bathroom Wars: It’s time to address the issue of trans females in male locker rooms and restrooms. Fall 2018

It’s time to STRONGLY oppose the Transgender Movement
The transgender war on cultural norms is not just about restrooms and pronouns. It's about denying biological fact and quotidian reality. It's about an epidemic of irrationality, a cultural contagion, a mass delusion claiming more victims every day. It's about silencing free thinkers who refuse to bow to the radical "gender" ideology. 7/4/18 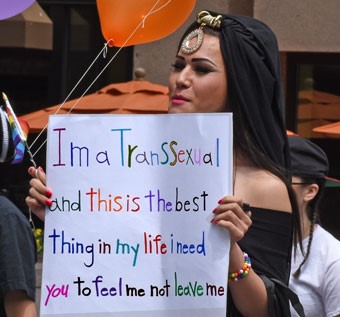 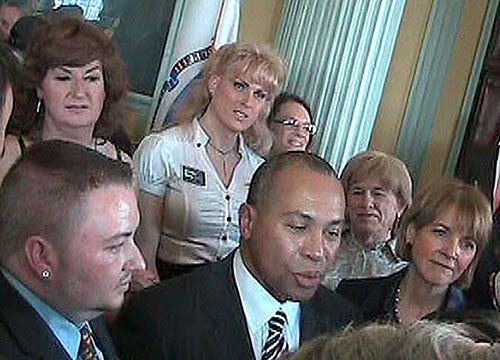 Mass. Dept. of Elementary & Secondary Education, “Nondiscrimination on the Basis of Gender Identity,” 2/15/13.

MassResistance addresses State Board of Education and Education Commissioner over forcing transgenderism in schools
Photos & video. 3/1/13

How the trans movement lobbies your state legislators
Pushing transgender bill through the Mass. State House: How the homosexual-transgender movement uses activists to lobby your legislators. 12/14/12

Transgender Lobby Day at Mass. State House: Chairman of Judiciary Committee calls opponents of transgender bill "ignorant"
Says "Get over it" if transgenderism makes you uncomfortable. (Photos and videos.) 1/29/10

Boston Globe celebrates sex-changes for children by major hospital on front page of Sunday edition.
Article about a 14-year-old boy (one of identical twins) who has "become" a girl. For the past three years his parents have had him undergo powerful puberty-blocking drug treatments. As a result, the boy is now five inches shorter than his brother and has some female-like features. This will be followed by series of female hormone injections and ultimately operations to remove male body parts and "create" female-imitating body parts. The effects of the opposite-sex hormone treatments are irreversible and will leave the boy sterile as an adult male. 12/12/11 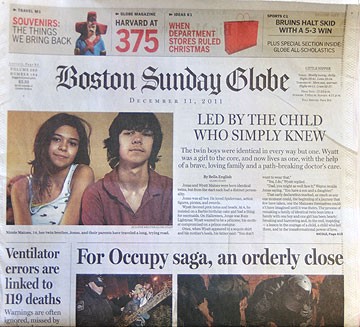 On Kevin Jennings, “1993 Education Report to the Massachusetts Governor’s Commission on Gay and Lesbian Youth” –
As early as 1993, GLSEN founder Kevin Jennings floated protections for “transgender” students in the schools. See our analysis (published 2011). 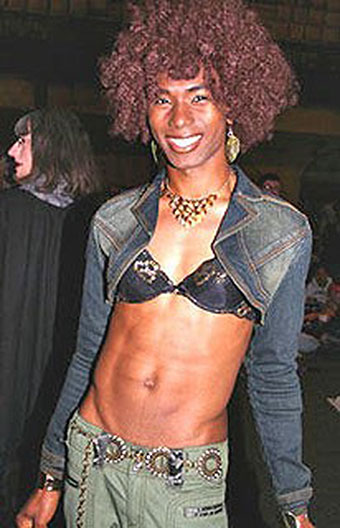 Boy dressed as a girl at state-sponsored "youth pride" day in Boston (2006). Annual event attracts teenagers from across the state and promotes GLBT identities and behaviors to them. 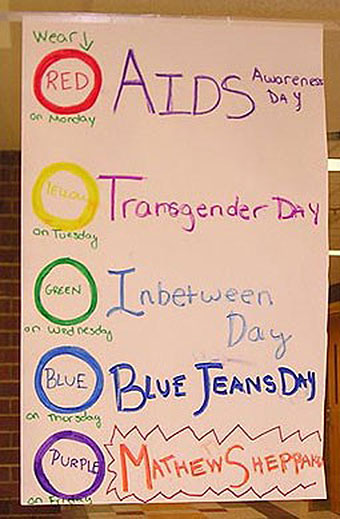 Schools in Massachusetts will be seeing a lot more of these. And that's just the beginning. Poster from Mass. high school in 2007. 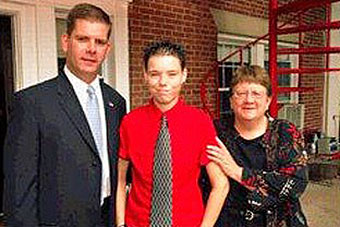