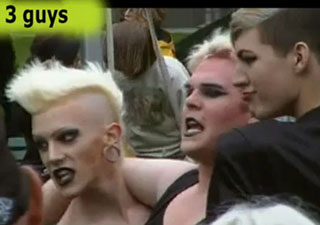 PARADE thru Boston: Kids acting out homosexuality while marching thru the streets.

High schools from across the state in homosexual parade. We're here, we're queer, get used to it! Photos & video. 6-2-2009